Deprecated: Function get_magic_quotes_gpc() is deprecated in /customers/3/4/6/fsosrecords.com/httpd.www/wp-includes/formatting.php on line 4791 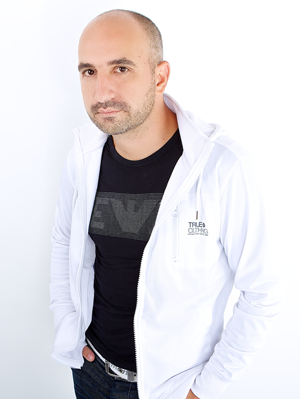 Marius have been involved in the scene for several years, with a background that stretches back to the mid and late 1990’s he’s been producing as well as engineering music and even promoted events and club’s. Marius Andries, for many more known under his former alias; Pinocchio (Fluid Recordings) is one of few Swedish cornerstone pioneers when it comes to ‘Modern’ Electronic Dance Music, and we’re proud to have him with us.

quote
When I was 8 years old and I started to play the violin, that’s where I think I began my musical journey. Enjoyed strings but not much later then the age of 10 the piano followed as a successor. DJing was a new thing on the rise which got my attention when I was 16, where I followed up with my first proper production one year later.

Some of my work received good recognition around Europe in early 2000, therein own productions, engineering and remix work for a wide range of artists. With several of which did enter the Swedish but also different regional charts around the globe, listed on the Scandinavian, European and Australian dance charts to name a few I reached out with my music.

As a composer I’ve always been melodic, it’s a signum in my own releases as well as in my opinion my strength. I think I would be most recognized for my tracks ‘Da Da Da’ or ‘Hypnotized’ or possibly for one of the many remixes I’ve done back around the early 2000. As far it goes for Pinocchio, ‘Da Da Da’ was a great release, easy to remember and catchy song in overall. ‘Hypnotized’ also got a fair share of response and reached a good spot in, at that time very hard-to-reach European dance chart. Remix and engineering for big Pop industrial artist was also part of the success, where some of the clients in the likes of E-Type, Corona, 666, Vengaboyz, Solid Base and A-teens. In the end of the day, it surely was great times and it was great fun.

All though I’ve been “out of the scene” for some time I’ve kept on composing music, not as intense as I used to but still more then enough to keep up with the development of software and such, you can say I’ve kept it more but more as my personal hobby, for fun.